Learn more about the history of B.A.S.S. by reading our historical timeline.

B.A.S.S. is the worldwide authority on bass fishing and keeper of the culture of the sport, providing cutting edge content on bass fishing whenever, wherever and however bass fishing fans want to use it. Since 1968, B.A.S.S. has been dedicated to enhancing the sport of bass fishing by advocating for access, conservation and youth fishing.

An overview of the organization

No one could have predicted that the 106 fishermen competing in Ray Scott's first tournament in 1967 would one day turn into a membership organization more than half a million strong. It would have been just as impossible to predict that the B.A.S.S. newsletter, first distributed in 1968, would evolve into Bassmaster Magazine, the bible of today's bass fisherman — but it happened. B.A.S.S., born and raised in Montgomery, Ala., was founded by Ray Scott with simple goals in mind: to create a credible and honorable tournament trail, to improve our environment by uniting and amplifying the voices of anglers and to secure a future for our youth. In the past four decades B.A.S.S. has met all these goals and more. It would take volumes to list the accomplishments of B.A.S.S. over the years, but two may be most significant. In 1972, B.A.S.S. initiated a "Don't Kill Your Catch" program that evolved into the modern "catch-and-release" ethic now practiced by nearly all bass anglers.

In 1984, B.A.S.S. lobbied Congress in support of the Wallop-Breaux amendment to the Sport Fish Restoration Act, which generates more than $600 million annually for state fisheries. B.A.S.S., the focal point of what has grown into a multibillion-dollar fishing industry, has created a publishing giant with Bassmaster Magazine and B.A.S.S. Times. B.A.S.S. produces The Bassmasters television program which airs on ESPN2, the Bassmaster Tournament Trail and the Bassmaster Classic, recognized around the globe as fishing's world championship. The first Classic, held on Lake Mead near Las Vegas, Nev., awarded a winner-take-all paycheck of $10,000 and was witnessed by a straggling handful of spectators.

Today, tens of thousands of people cram into coliseums to watch the daily weigh-ins, and $1,000,000 is awarded to the anglers — $300,000 of which goes to the champion. Since 1968, B.A.S.S. has been active in local, state and national conservation issues.

Many of our original goals were directed toward protection of our natural resources. All of these goals were established prior to the time the Clean Water, Clean Air and Endangered Species acts were passed by Congress and before most of America's fisheries management scientists had even acknowledged that black bass could be overharvested or stockpiled by practicing catch-and-release strategies.

Since 1968, groups of bass fishermen throughout the United States and the world have joined to create grass roots B.A.S.S. clubs with one common goal — to learn how to become better bass fishermen. This is just one of the many benefits the B.A.S.S. Nation offers its more than 20,000 members.

Realizing that a collection of chapters could accomplish more and have a stronger voice on issues that affect the future and preservation of bass fishing, B.A.S.S. decided to unite them. In 1972, B.A.S.S. installed 19 state federations and so began our B.A.S.S. Nation program. There are currently B.A.S.S. Nation clubs in 46 of the United States plus organizations in Canada, Mexico, Italy, Japan, South Africa and Zimbabwe.

Contact B.A.S.S. today to let us know if you are interested in volunteering to support the Bassmaster Tournament Trail, Youth events or Conservation initiatives in your area.
877-BASS USA | bassmaster@emailcustomerservice.com 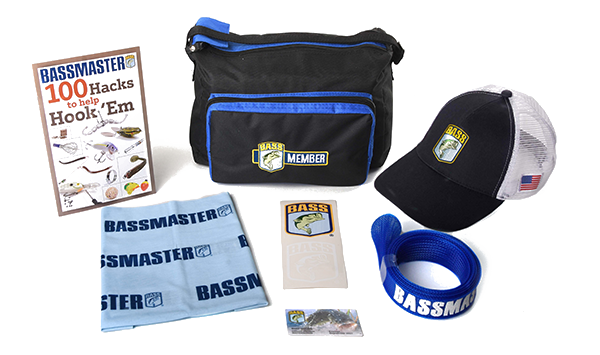